The manager was never sure who turned him in. But somehow the master got wind of his little “on the side” business deals and called him on the carpet. The boss said that an outside accountant was auditing the books and just as soon as the report came and he knew the bottom line of the manager ‘s malfeasance: he was out on his ear. Back in his office, the manager thought to himself, “Self, what will I do, I’m too puny to dig and too proud to beg.” Then it hit him. He would fix things so he would have a few friends when he needed references.

Now, let me pause in our story for an infomercial on stuckness. We have all experienced being stuck – when the way we have always done something no longer works. Paralysis strikes individuals, institutions and nations. What happens when things get stuck?

PEOPLE KEEP TRYING HARDER BUT WITH NO NEW RESULTS.

There is a treadmill effect of trying harder. No one changes perspective or direction; they just keep trying harder. A bird will see its reflection in the window and spend hours bouncing off the window in the vain attempt to get at the other bird. Trying harder will not get you unstuck.

PEOPLE KEEP TRYING TO FIND NEW ANSWERS TO OLD QUESTIONS INSTEAD OF CHANGING THE QUESTION. Questions are perceptions. How you phrase a question determines the range of possible solutions. For example, you put a person on the witness stand and say, “now answer yes or no, do you still beat your spouse.” If indeed you do not and have never beaten your wife or husband, the question won’t let you get at the truth.

WHAT ARE NEEDED NEW QUESTIONS.   Perhaps that is why the Gospels rarely show Jesus answering people’s questions.  He usually asked another question.

PEOPLE GET POLARIZED.  They only see utter black and pure white. Things are really great or just shy of a disaster. Not only are there extremes but also there are many options in between. Polarization keeps people from coming up with new possibilities.

Stuck systems get un-stuck via adventure!

In 1492 Columbus sailed west, in order to arrive in the east. On his way to China, he bumped into the Americas. The moral of that story being, “What you find may be more valuable than what you were looking for.”

NOW BACK TO OUR STORY. THE MACHIAVELLIAN MANAGER GETS UNSTUCK.
1. He doesn’t keep doing the same thing, only harder. He does a new thing.
2. He does not look for new answers to old questions; he asks a new question.
3. He’s too puny dig and too proud to bet, but between those extremes are lots of options.

Since on one knows he is about to be fired he calls in the accounts receivable and says to the first, “How much do you owe my master?” The answer, “a hundred jugs of olive oil.” The manager said, “Take your bill, sit down quickly and make it fifty.” He has another account mark his hundred containers of wheat down to eighty. What is he doing? 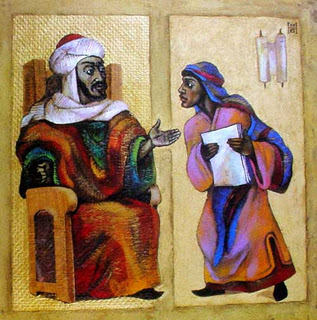 In that culture, a manager did not earn a salary for running the estate, and so, when he agreed to lend on his master’s goods, he had been paid in kind, correspondingly increasing the amount of the bill. Fearing for his future the manager cuts his markup and reduces the receipts to their amount. While he had previously inflated the bills to enrich himself, now, he sacrifices his markups. By giving up what was ill-gotten, he made an investment in good will in the community without costing the master anything. At any rate, when he heard what the manager had done, the master commended him for his shrewdness or prudence. His adventure got him unstuck!

This parable is disturbing which is what a parable is supposed to do. A parable is designed to create distance and provokes thought. Parables challenge one’s sense of the proper hierarchy of things.

The manager is not praised in general but only for his “prudent actions.” The manager recognized the critical danger of the situation. He did not let things simply take their course, but boldly, resolutely and prudently moved to make a new life for himself. Jesus tells his listeners and us that we need to wake up and discern the real situation. Discern what is going on and take action.

In the past 15 years, stuckness has become a way of life. Since September 11, 2001, as a nation we feel stuck in a conflict that is disturbing, even terrifying. How do we function in a world of terror? People are stuck in their lives, marriages, careers, and families. Fear and paralysis are common. The challenge of this time demands wisdom and shrewdness.

There are two kinds of situations in life that I might call level I and level II.

1. A level I situation is one in which nothing we do will make a difference. The collapse of the Twin Towers of the Trade Center was a level I. If you were on the top floor of one of those buildings your personal maturity and wisdom made no difference to gravity.

2. A level II situation is one in which our response makes a crucial difference. 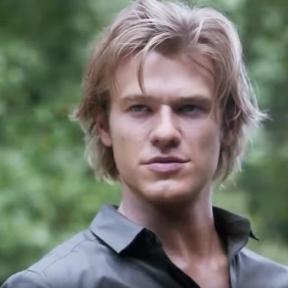 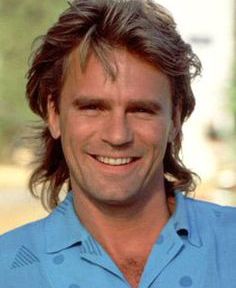 I trust you remember the old TV show MacGyver. Given the anxiety in the society, I’m not surprised a remake is about to launch on TV. In every episode, the hero, MacGyver, originally played by Richard Dean Anderson, now by Lucas Till, found himself in some scrape that appeared to be a level I situation. He would take a hairpin, the contents of his fountain pen and some aluminum foil and escape. The show was built on his response making all the difference. Most situations we encounter in life are level II. But all too often we go around mistaking level II for level I circumstances. Our response is crucial.

We must dig deep into our faith and find the resources to conquer fear. As our Lord once said, “Perfect (mature) love casts our fear.” As Christians, we believe that the worst things that happen to us are never the last things. For Jesus has overcome the world.

If we are shrewd, we recognize that our wealth cannot get us out of the last crisis. No, says Jesus, “read the signs and be shrewd. Don’t depend on money that is passing away. Rather rely on those things that do not pass away – love: God’s love for us and our love for each other. The resurrection of Jesus opens vast possibilities for because he overcame the ultimate level I situation: death.

Remember the way to get unstuck is an adventure. I believe that Jesus is saying something to us like, “Trust me. Come and follow me on the adventure of eternity. You may be scared, but you will not be bored. For I will never leave you or forsake you.” Our response here is crucial – will we accept the call of Jesus or not? It is up to us.