LUKE 24:28 As they came near the village to which they were going, he walked ahead as if he were going on. 29 But they urged him strongly, saying, “Stay with us, because it is almost evening and the day is now nearly over.” So he went in to stay with them. 30 When he was at the table with them, he took bread, blessed and broke it, and gave it to them. 31 Then their eyes were opened, and they recognized him; and he vanished from their sight. 32 They said to each other, “Were not our hearts burning within us while he was talking to us on the road, while he was opening the scriptures to us?” 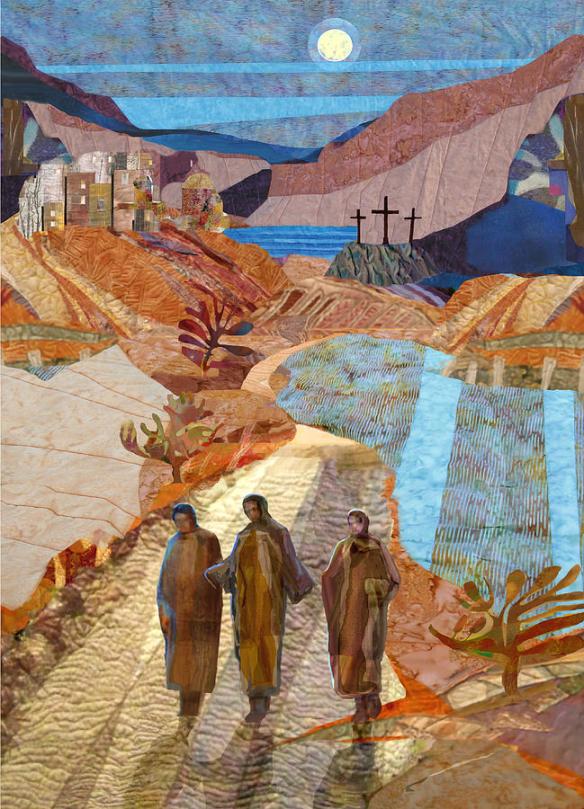 He took, blessed, broke and gave the bread.  There is no implication that we should bring a credit card or folding money.  This is free.  It’s on the house. Come on down and bring a buddy; there’s plenty.

Isaiah 55:1 Ho, everyone who thirsts, come to the waters; and you that have no money, come, buy and eat! Come, buy wine and milk without money and without price.

Many years ago I came across this story. It’s like in an evacuation of a town, the beggars (read street people) are left behind. Everything is locked.  However, two men risk body and limb, going out to find food. They jimmied the lock on the back of the convenience store down the street, helping themselves to the food left behind. Satisfied, they loaded up food, drink and first-aid supplies, braving the conditions and return to the group. Why did they do that?  Later, one of them said, “We’re just beggar telling other beggars where to find food. We should have the manners to pass the bread.” It is so.