One of the fates of spending six years and three denominations in theological education was to come to a place of not taking any point of view all that seriously as people seem largely to think in the style in vogue at the time they were schooled. 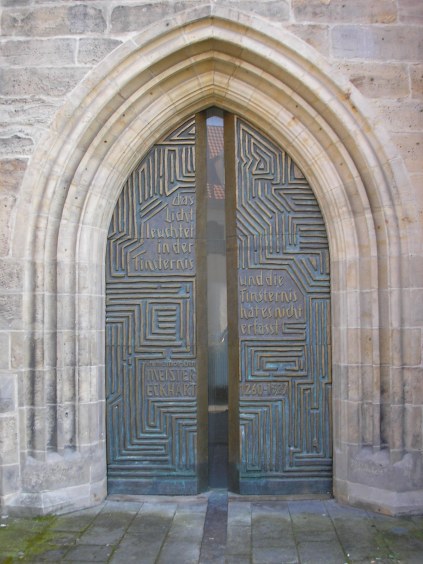 Reared in an evangelical (pre-fundamentalist) Baptist Church, I was impressed by the unconscious allegiance to the Gospel as we had received it.  The Bible spoke we believed to the real situation of people in their lives and that the text was reliable in how it spoke of God. It never occurred to us to think otherwise.  I was largely unaffected by the hermeneutic of suspicion, as it was called, seeing what I call a hermeneutic of hostility, a militant regard that the scripture speaks in a hopeless superstitious way, with a sort of arrogant assumption that we now had it right being post-enlightenment and all.

I also observed that the reactivity to this hostility was to retreat into a rigid, sterile fundamentalism.  The thinking of liberal Christianity is formed; best I can tell, around a commitment to the fruit of faith without regard for the vine that bore it.  Anglicans, especially American ones have spent the patrimony on a “feel-good,” hearty hospitality inviting people to a sacrament having form but little power. Actually, that is not true.  They invite people to the mass, denigrating it by discounting the very sacrament of hospitality, namely baptism. A priest colleague of mine once responded to my stated commitment to classical Christianity with a dismissive, “Oh, John, we are redefining everything.” What?

Or as a priest, who dabbled in ministry, said by way of invitation to a Jungian seminar, “All of you who like me, cross their fingers, when they say the creed, please come.”  The same cleric while teaching confirmation class told everyone to stand and as the Nicene creed was read aloud to sit when something they did not or could believe was read and promptly sat down as it was barely underway.  My reaction to that is that we do not judge the creed the creed judges us.

Neither the extreme fundamentalism of the right or left has life in itself.  I found myself deeply attracted to the Anglican tradition.  The radical middle, pulling the extremes to the middle seemed good to me at the time and serves me still.   At the same time at the age of nineteen I had a life affirming charismatic experience in the 1970s again observing that while I counted that experience real and valid that the interpretation of that movement produced a “rigid flexibility” (as Ed Friedman once put it.)  What I longed for was a way to make sense of what had happened to me so I searched for what I called a “religious psychology” seeking to understand why such a powerful and creative experience seemed to produce a neurotic state that in some cases left the person worse off than before. Embracing non-dual thinking, giving up the comfort of contradiction, all the while knowing that what we know is not all to be known will bring us closer to the Kingdom than all the certainty we could ever muster.