On this Fifth Sunday after the Epiphany we continue the theme of the light of Christ going into the world. We who are in Christ are called to be salt/light.

Salt/Light are valued for their effects: by what they do.
Salt: preserves, stimulates, smarts if it touches a wound, and heals.
Light: illuminates, enables sight, stimulates, and heals.

Jesus says that those who follow him are to be like salt and light. But if Christians have lost their saltiness they are of no use. It is like lighting a lamp and putting it under a basket. It is of no use.

Our Christianity is authenticated by our functioning, by what our lives reveal us doing. How salty we are or how brightly our light shines indicates where we are in our CONVERSION. he word “conversion” means “to turn toward”. This is the opposite of aversion: “to turn away from.” Conversion is the movement toward God, the overcoming of our separateness from Him. Our movement toward God is our response to His movement toward us in His son: Jesus the Christ. Conversion may be an event from time to time, but each event is part of a process. Conversion is a journey. Every day we are in a posture of conversion or aversion toward God.

Where does conversion take place? Cultural anthropologists talk about the place deep within each of us where the essence of “US” lives. It is that part we have been aware of all our lives as “US”. It is that part of us that does not age and is surprised to look in the mirror and realize that we are aging. 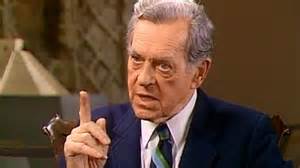 The late Joseph Campbell once said, “I don’t feel like an old man. I feel like a young man with something terribly wrong with him.”

There are Four Layers of “meaning” that make up a human being: Layer I being closest to the “US” of our essence.

Layer I: Symbols: the cross, the cup, water, bread. [This past week a group of girls from Independent Presbyterian church, one of our sister denominations, visited Saint John’s to see the murals and to talk about symbols, why? Because we live surrounded the symbols, myths and stories of our faith: these are images and stories that tell us who we are, speaking to the deep ideas, mother, father, hero, lover.] We forget just how blessed we are to have these displayed for us to live with and our unconscious to draw on.

Layer II: Customs, values: Christmas, Easter. Family Values: Right and wrong, being kind to people and animals. Jesus is a wonderful fellow and teacher. It’s a good thing for children to be in Church so they will learn values. Recently I had what my friend Walton Griffin calls a dinosaur moment when at young adult bible study – I quoted Archie Bunker and nobody in the room knew who he was… going back even further I quote Little Abner who said, “goodness is better than badness because it’s nicer.” That’s Layer II.

Layer III: Moveable features: That western people wear pants (first men, now women) That might change if we lived somewhere else; particularly if winters were all like the one we are living through.

If we are not careful, we will mistake superficial change for conversion. Example: Fran Alexander watching the neighborhood boys signing the cross before taking free throws in the backyard, because one of the stars at North Carolina was Roman Catholic and signed the cross before he took a free throw.

Turning toward God must happen to the essence of our being in the depths of our souls.Jesus said, “Your righteousness must exceed that of the Scribes and Pharisees.” It is easier to be transformed at the outer layers.

Often well intention Western missionaries tried to make Westerners out of other nations, as if you could only be Christian if you were like us. The spread of that sort of cultural Christianity may in fact prevent the Gospel from touching people in deeper places. When Christianity is the dominant religion in the culture it is easy to lose our saltiness. Too much is taken for granted. Basic faith decisions about Jesus the Christ being Lord and Savior often do not get made or are simply made in a shallow way.

When the Gospel is proclaimed in a place for the first time a four Generation process is observed:

1. First generation of Christians: Being Christian is a choice. Christ is at the center of their lives and being. Light is bright – Salt is very salty.
2. Second generation: born into the Church. They make no particular decision about this themselves. The center of Christianity for this generation is jobs or tasks in the Church: working in the Church. The jobs become the center of faith and believing. Light continues to shine – Salt is still salty
3. Third generation: Occasional worship. The Christmas and Easter cycle becomes the center of their faith. They also appear for the birth, marriage, death cycle – the “Hatching, matching, dispatching” function of the Church. The light is dim and there is a low sodium diet.
4. Fourth generation: simply follow the crowd out of the Church and the faith altogether into the dark and is no longer salt at all.

“We have inoculated our people with such a harmless strain of Christianity that they are almost immune to the real thing.”  E. Stanley Johnes

What must happen for each of us is to meet God directly. God does not have grand-children. Why do we depend on hearing a story from another person about their religious experience. If you and I are inclined to meet God, let’s go and look him up and when we look God up we will learn that God has been looking for people since the Garden of Eden = and each of us since the day of our birth! That is what I want to be about and I suspect that you do too!!!

Virginia Owens – “The Total Image or Selling Jesus in the Modern Age”  “A person, whether human or divine, cannot be known — as a person rather than an image except by immediate presence. If we want to project an image, either of Christians or the Church, we can do that by means of television, magazines, books, billboards, movies, bumper stickers, buttons, records, and posters. If we want people to know Christ, we must be there face-to-face, bearing Christ within us.”

There is a story about a man looking for God was dunked under the water in a pool by the old monk. As he was gasping for air, the monk asked him, “What were you thinking about when you were under the water?” “Air”, gasped the man. Then the monk said, “If you wanted to know God as much as you wanted air, you would know him.”