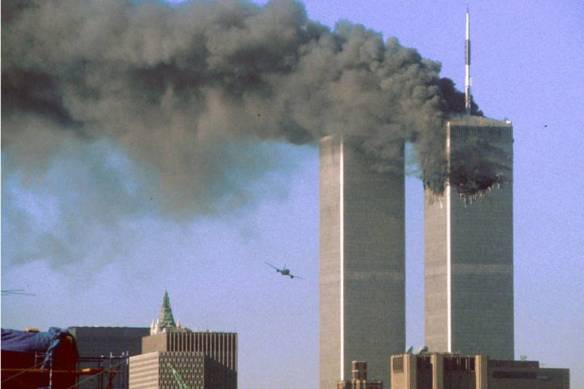 Seventeen years ago, I turned, coffee cup in hand,  and witnessed the second plane crash into the Trade Center Towers in New York.  It is fair to say that the world has not been the same since that day.  I was almost half-way through my thirty-six year public ministry of Episcopal priest.  I have watched the cultures and peoples of this planet become more and more anxious caught between the twin imperatives of living things: Survival and Reproduction.  Also known as the force for individuality and togetherness.  These two, universal forces work on all protoplasm. The tension, even contradiction, between them Bowen termed, Chronic Anxiety.  This is the life force tuned to face challenge real or imagined.  No two systems react the same way facing the same challenge.

I began studying Dr. Bowen’s teachings over thirty years ago and had the privilege to sit at the feet of one of his students, Rabbi Edwin Friedman.  While this way of thinking is contrary to most of the thought in the marketplace of ideas in the West, I found it profoundly useful and have employed it ever since.  I believe this thinking is the reason Saint John’s Episcopal Church was voted one of the fifty best places to work in Memphis TN for five years in a row.

It appears that chronic anxiety is at a historical high in the West.  Our country is badly polarized, such that we are almost incapable of communicating.  The gifts and skills for finding common ground for the good of all is not just out of fashion, it is on the extinction list of states of being.

Someone asked me recently what they should read and study about challenges of our common life on this planet.  First of all, let me be very clear, THERE ARE NO QUICK FIXES! Trust no one who tells you that.  Trust no one who tells you to listen them and only them.  DON’T DO IT.  Also, all who claim to follow Jesus, must recognize and accept that racism, bigotry and such are not standards of measure AVAILABLE TO CHRISTIANS.  If that is one of your life tools, STOP IT.  We are called to love all equally for his sake.  There is not greater law than this.

The following is a modest annotated bibliography of books I consider of great value today.