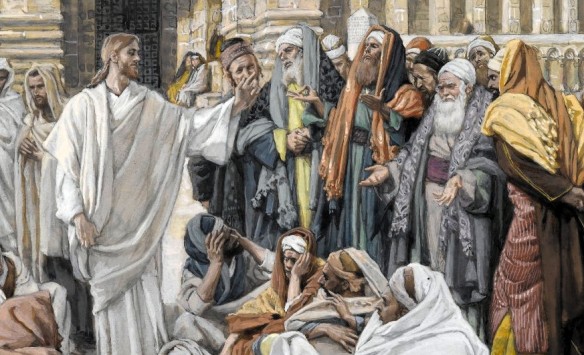 JOHN 10:22-30 At that time the festival of the Dedication took place in Jerusalem. It was winter, and Jesus was walking in the temple, in the portico of Solomon. So the Jews gathered around him and said to him, “How long will you keep us in suspense? If you are the Messiah, tell us plainly.” Jesus answered, “I have told you, and you do not believe.

Why are you keeping us in suspense? What they should have said was, “Ok, we didn’t buy what you told us. That was ridiculous! Try again.” “Actually, I did tell you,” Jesus said.  Your problem is that you do not believe.”

Not believing is a problem. I’m concerned by what is meant in our own day. To believe is to assent to the truth of some fact about someone, something or an event.

BUT, that doesn’t have too much to do with how I live my life in 2019 or any other year.. My point is that I can be culturally Christian in much the same way. I can believe all sorts of things about Jesus without being transformed, without living in the Resurrection. No wonder people do not take us seriously. We believe the doctrine of faith, while people seek a way of life. I’m hungry for that myself. Let’s have the manners to pass the bread, having eaten some first.