MATTHEW 28:9 Suddenly Jesus met them and said, “Greetings!” And they came to him, took hold of his feet, and worshiped him. 10 Then Jesus said to them, “Do not be afraid; go and tell my brothers to go to Galilee; there they will see me.” The Report of the Guard 11 While they were going, some of the guard went into the city and told the chief priests everything that had happened. 12 After the priests   had assembled with the elders, they devised a plan to give a large sum of money to the soldiers, 13 telling them, “You must say, ‘His disciples came by night and stole him away while we were asleep.’ 14 If this comes to the governor’s ears, we will satisfy him and keep you out of trouble.” 15 So they took the money and did as they were directed. And this story is still told among the Jews to this day.

The crowd that bribed the guards with, admittedly a “large sum” of money, are the very ones who plotted to kill Lazarus after Jesus raised him from the dead.   Why?  Today, the polls they run, focus groups they convene would tell them that the public’s mood was with Jesus.  That scared the bejeebers out of them because they assumed that Jesus would behave like they would if given the opportunity.

Jesus did ride into town according to ancient prophecy.  Having arrived and the crowd gathered, he did not launch into a stump speech, shamelessly pandering to the worse fears as well as hopes of his audience.  I shall resist the temptation to compare this with  Presidential politics, but you make your own inventory.

Now….. I’m waiting….. Ok – back to the meditation already in progress. 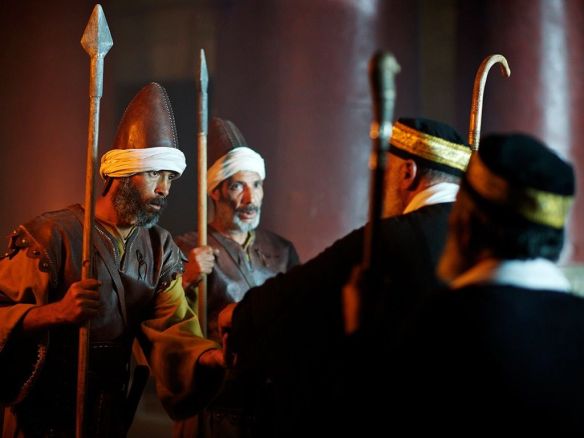 The political types, ordained or not, never understood what Jesus was about as it is simply counter-intuitive.  A kingdom where all are loved, cherished and cared for, simply does not compute.   Groucho Marx once said, “I never want to be in a club that would have me.”  The priests and such would never be a Kingdom, of God or other, where they were not high and lived up above the ordinary.

How about us?   I must admit it makes me uncomfortable sometimes.  How about you?