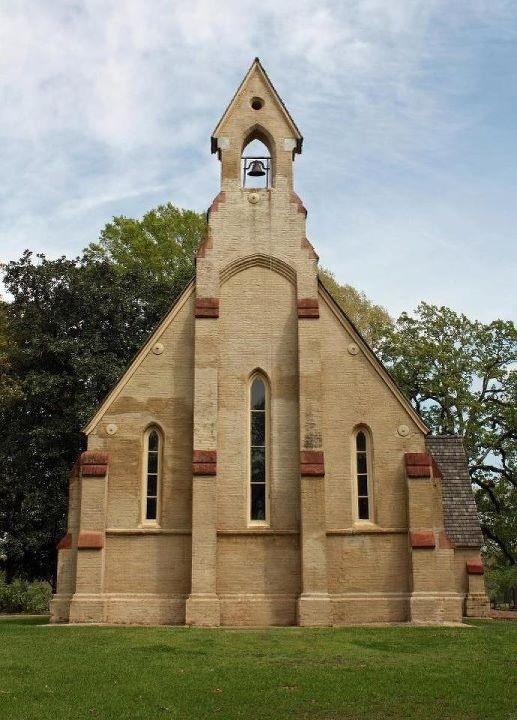 The Chapel of the Cross, Madison, Mississippi, 1848

Last Sunday afternoon,  I preached at the Chapel of the Cross, Madison, Mississippi.  It was almost seventeen years since last I stood in that ancient place, built by slaves of bricks made from the very ground on which it sits.  Fr. Ben Robertson, present Rector of the parish, was very kind to invite me “home” again. 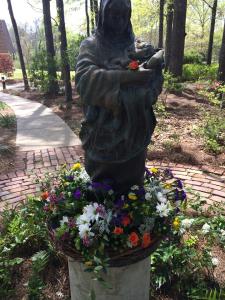 Indeed it was home to me from All Saints Day, 1989 until midnight of New Years Eve 2001.  It was a rich time.  I learned many things as the congregation grew from 125 or so to the mid-800s in a decade.  Of course in that time, I received more credit and blame than I deserved (is it not always so?).  When people remarked on the growth, I learned to reply, “I can’t make people come here, but I can keep them from staying,” (that too is always true). 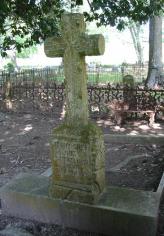 So many people I loved in Mannsdale have departed to greater life.  As I reverenced the altar the other night,  trough the clear glass of the altar windows the tombs of the dead were framed by magnolia leaves.  Some, I had said the words over their mortal remains, Chapel members having dug the grave as they continue to dig them even today. Sitting through the night with the dead is a rare privilege we can give each other.  Keeping the establishment open all night does not appear on the business plans of the funeral industry.

I struggled to find the right words. Finally,  I settled on a series of meditations from Easter Week 2016, ending with the last three paragraphs from my sermon on Easter Day 2015.  Please find it embedded below.

I suffered burnout in 2000 and 2001, culminated  by an eleven week stay at Menninger Hospital in Topeka, Kansas.  I recovered but realized late in 2001 that I could no longer sustain the kind of workload that required at least twelve her days on numerous days per week.  So,  I stepped down.  Later in Memphis,  I found that I had Type 2 Bi-polar disease and through the support of Marilyn, Doctors and my staff at Saint John’s,  I have come to a good place with that disease.  It is, by the way, the most under diagnosed disease of American adults.

“You can’t go home again,” as Thomas Wolf declares. You can, however, “go through home again,” as I have learned about the various “homes” of my life.  It was healing to go through The Holy Ground of the Chapel of the Cross last Sunday.  God bless you all who welcomed me home and saw me off back home to Memphis.  I love you all.

1 thought on “Going Through Home, Again.”