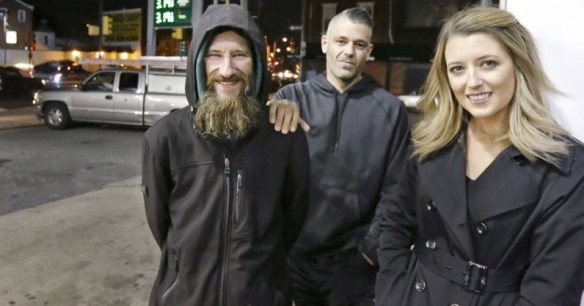 In this Nov. 17, 2017 photo, Johnny Bobbitt Jr., left, Kate McClure, right, and McClure’s boyfriend Mark D’Amico pose at a CITGO station in Philadelphia. When McClure ran out of gas, Bobbitt, who is homeless, gave his last $20 to buy gas for her. McClure started a Gofundme.com campaign for Bobbitt that has raised more than $13,000. (Elizabeth Robertson/The Philadelphia Inquirer via AP)

The man, whose name was “Johnny,” told her it wasn’t safe and he bought McClure gas with his last $20. McClure promised she would return to pay him. McClure and her boyfriend, Mark D’Amico, have since raised over $20,000 for the former ammunition technician. The pair hope to get “Johnny” an apartment and help with transportation. Source: AP 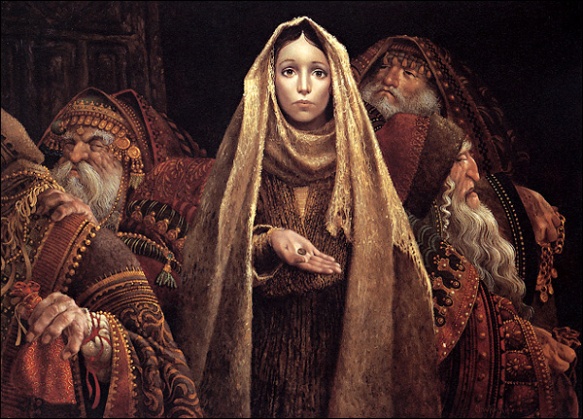 LUKE 21:1-4  And Jesus looked up and saw the rich putting their gifts into the treasury, 2 and He saw also a certain poor widow putting in two mites. 3 So He said, “Truly I say to you that this poor widow has put in more than all; 4 for all these out of their abundance have put in offerings for God, but she out of her poverty put in all the livelihood that she had.”

How much fun is it that we see a deep spiritual truth incarnated in the street or interstate!  Johnny Bobbitt, Jr. is the last in a long line of  “Holies” who moved from contribution to full donation.

There is an old joke that the American breakfast of ham and eggs consists of a donation from the hen and total commitment from the pig!

Jesus saw the woman cast two “mites,” a minuscule valued coin, into the treasury. Her quietly deposited gift interspersed with the largess of the rich and proud deposited gold and silver, the “folding money” of the First Century was unnoticed to all but Jesus. He discerned the subtle, yet cosmic order of giving from the Widow.   Giving something is good, but giving all is a different ORDER of giving.  Johnny could have given her ten dollars of gas and that would have been amazing for a fellow down on his luck. The whole twenty-spot is breathtaking.  It is this that caught the country’s imagination this Thanksgiving Holiday.