Who Can Pass Jesus’ Test? 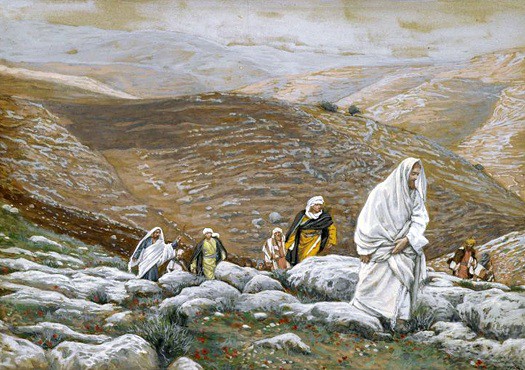 Jesus is about to be “taken up” or crucified.  So he “set his face” or literally, “He set his face like flint” to go to Jerusalem.  This is a Semitic expression, which means opposition or contention.  What is about to happen is difficult and requires courage and will.  This is in sharp contrast to what has been going on in Galilee.  Jesus had been going from town to town, village to village, teaching, healing the sick and proclaiming the kingdom of God. He was very successful: there were great crowds following him, around hanging on every word that he said.  People were beginning to nominate him “Messiah” (the anointed one of God).

The Kingdom of God is what scholars call a “tensive symbol” which evokes not one meaning but a whole range of meaning.  There are certain symbols that always have a one-to-one relationship to the things they represent such as the mathematical symbol pi or a red signal light at an intersection.  These are steno-symbols; they are useful precisely because they have single, clearly defined, and clearly understood meanings. 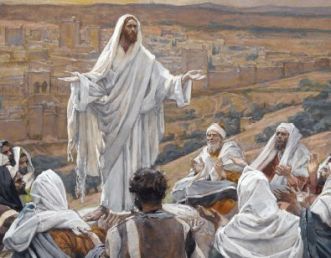 Some of the people who heard Jesus were overcome with the excitement of it all.  It is these people that we encounter in today’s Gospel lesson.  They illustrate what might be called the three tests of what it means to be a disciple:

The sentimentality test,   the tribal test,  and the conditional test. 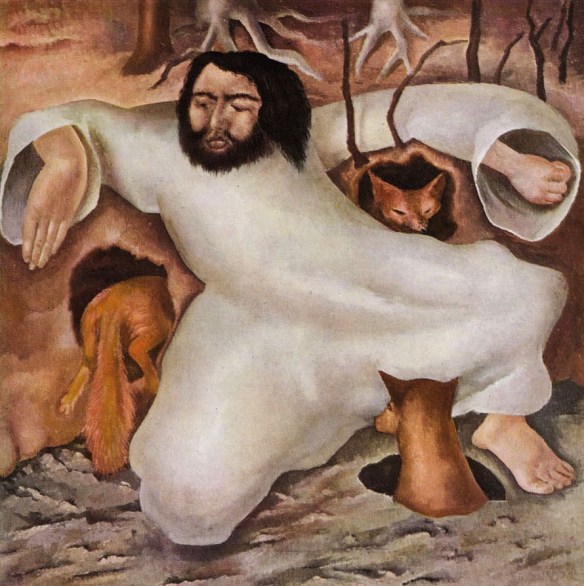 As they were going along the road, someone said to him, “I will follow you wherever you go.”  This person has decided to follow without counting the cost.  Excited by the Jesus movement he does not realize that Jerusalem lies at the end of the journey and that the cross is the point to which Jesus is traveling.  Jesus said to him, “foxes have holes and the birds of the air have nests; but the Son of Man has nowhere to lay his head.”  Marshall, p. 410 …Jesus bids the man count the cost.  The Son of man experiences rejection and homelessness, and his followers must be prepared to do the same.  As one writer  [Synthesis] says, “Jesus reminds this disciple, whose boldness suggests that following Jesus is a never ending

Marshall, p. 410 …Jesus bids the man count the cost.  The Son of man experiences rejection and homelessness, and his followers must be prepared to do the same.  As one writer  [Synthesis] says, “Jesus reminds this disciple, whose boldness suggests that following Jesus is a never ending succession of kumbayas, that, if he is to follow, all financial standing and social security have to be reattached – from the world to the Kingdom of God.  For Jesus’ closest disciples, there will be no worldly security whatsoever.  Faith is not an electric blanket.  Even foxes and birds have less vagrancy than the Son of Man.

To follow Jesus means that one gives up the traditional securities and opens oneself to rejection and homelessness that has just occurred in the village of Samaria.

To another, he said, “Follow me.”  But he said, “Lord, first let me go and bury my father.”  Marshall, p. 411, Burial of the dead was a religious duty that took precedence over all others, even including study of the Law.  To assist in burying a person who had no claims on one as a relative was a work of love that carried great reward from God both in this life and in the next world.  It follows that the burial of a father was a religious duty of the utmost importance.  To leave it undone was something scandalous to a Jew.  This does not mean that the person’s father was lying in state at the local funeral home.  He wants to wait until his father is dead so that he will not be troubled by the decision of his child to follow Jesus.  But Jesus said to him, “Let the dead bury the dead; but as for your, go and proclaim the kingdom of God.”  To follow Jesus, to be part of the Kingdom of God, takes precedence over all commitments, even burying the dead.

I knew an old couple in Lauderdale county Alabama who waited to get married until their parents were dead.  They dated for over forty years.  Then when both parents were dead they married.  Only a few years passed before the husband died.  We can’t put off following.

Another said, “I will follow you, Lord; but let me first say farewell to those at my home.  This is the yes, but of discipleship.  It is the Yes I will give sacrificially, Lord, only when I get a raise.  Yes, I will commit to being at worship on Sunday when I get caught up on my sleep. I will … But …Jesus said to him, “No one who puts a hand to the plow and looks back is fit for the Kingdom of God.”  I grew up in the country.  The family had five farms that joined.  Dad borrowed a mule from Great Granddad’s place to plow the garden as it began to mature because the mule didn’t damage the crops like a tractor.  Plowing with a mule is interesting.  Plowing a straight furrow requires looking at the end of the row in front of you and moving toward it.  If you keep looking back to where you came from or at your watch to see when quitting time is the row is crooked.  That’s what Jesus is talking about.

THE CALL IS UNCONDITIONAL

The call of Jesus is unconditional.  The OT story of Elijah and Elisha illustrate the unconditional call clearly. Elijah came by and threw his cloak over Elisha, which meant that Elisha was chosen to succeed Elijah as the prophet of the Lord.  Elisha was out plowing with twelve yoke of oxen. This was a big farming enterprise.  Elisha slaughtered the yoke of oxen, broke up the yokes and plows for fuel, fired up the grill and threw a farewell barbecue.

BELOVED, IT IS A TRUE SAYING AND WORTHY OF ALL TO BE RECEIVED, THAT IT’S HARD TO GO BACK TO PLOWING IF YOU JUST ATE YOUR OX!  JWS