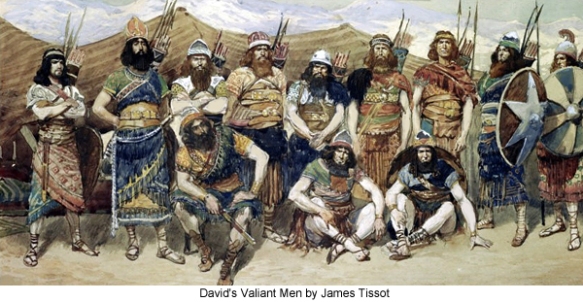 In the Old Testament reading today,  David slipped on the banana peel of entitled rationalization, committed adultery with the wife of Uriah, a loyal officer of  the King’s Own Thirty. David compounded his sin of betrayal with murder.

Sin is a translation into English of several words in the original language.  The most common one is “missing the mark” a term from archery.

John Sanford writes, “If an archer hits the bulls-eye it implies consciousness, good aim, and steadfastness of character, for if the arrow does not find the mark it is the fault of the archer, not of the arrow.  It has to do with failing to act from one’s center, thus sinning against oneself. Wrong actions and attitudes spring from a wrong inner condition that causes us to ‘miss the mark’ in life.”

In 1955 Joseph Luff and Harry Ingham invented a model of human knowing that bears the merging of their first names and is know as the Johari Window.

We have the part that is known to us AND to other people: general information that is common knowledge.

From this model, we realize that we are consciously working with about a quarter to a half of the information in our lives at any one time.  We get into conflict from time to time when people’s blind areas collide and neither person knows what is going on.

We also can “reason” ourselves almost anywhere

This is very important financial advice:  If you bought $1000 worth of Nortel stock one year ago (2008), it would now be worth $49.  If you bought $1000 worth of Budweiser (the beer, not the stock) one year ago, drank all the beer, and traded in the cans for the nickel/aluminum deposit, you would have $79.  It is therefore financially prudent in these troubled times to drink heavily and recycle.

This is the reasoning of someone who needs Alcoholics Anonymous

The antidote to self-rationalization is the work of the Holy Spirit. The Spirit works in the windowpanes of the Johari Window.

The Very Reverend Alan Jones, Sometime Dean of Grace Cathedral has said,   “The Spirit works in the three open places of our lives: the risky, the unpredictable, and the areas over which we have no control.”

Keeping that in mind … consider the process of rationalization and sin in today’s scriptures.

David, no longer young, mature face hinting of excess, stared out into the gathering dusk. Standing on the penthouse terrace of the palace royal, the evening breeze played with the famous royal curls, unthinned through faded more auburn than the glorious red of his youth.

The future was as bright as his hair the day the Prophet Samuel came to the House of Bread.  The strapping sons of Jesse, an impressive tribe, each bigger than the previous were presented to the Holy Man. He was impressed enough, who wouldn’t be, but he wasn’t seeing what he looked for…  Are these all your sons?  “Oh, well no, the youngest is minding my ewes, but he’s little.”   What God was looking for that day was obvious to the Holy One and his assigned “chooser” but no one else. David’s amazing and thoroughly romantic rise to the top began the moment the Prophet Sam’s holy anointing oil dripped off his curls.

David put his single malt on the balustrade, leaned across the railing, peering through the fading light, there she was,  a beautiful woman bathing on a nearby roof.  The King’s valet confirmed that the beauty was Bathsheba, wife of Uriah. Of Hittite origin, Uriah was an officer in David’s army and at present was with his unit  and away at the front in the most recent dust-up with the Ammonites.  His own regiment, The King’s Great Men,  were in the van of the siege of Rabban.

David summoned Bathsheba for a nightcap and they got acquainted such that she conceived a son by the King. Learning of the complication from Mrs. Uriah,  David sent for Uriah to report of the siege.  He came.  Uriah was one fine man.  Honest, honorable, loyal and faithful.  David planned for Uriah to come home, sleep with his wife and she would, in due season, bear him a child.

Uriah refused to enjoy anything that his comrades back in the camp could not enjoy, so he stayed in the regimental barracks and did not go home. The next night David got him drunk, no luck.  The king instructed Joab, his commander at the front to order the charge and then fall back leaving the honest Hittite exposed to the accurate Ammonite bowman. The fallen hero was buried with full military pomp and circumstance.

The King married the grieving widow who bore a son to her rescuer.  There was a little wink, wink, nod, nod (there always is) but most just went on their business.  Uriah was in the top tier of  “good-guys” in Bible. David, whose  character is iffy, buried and married his indiscretions, put the whole sorted mess aside and moved on.

God, on the other hand,  was not amused! He sent Nathan the prophet with a story for David. A royal court was executive and judicial.  The King, sitting on his throne, listened to any and all who presented their petitions and cases. The arrival of the Prophet Nathan appeared, as he routinely must have done,  standing in the back  of the throne room.

The King was a good mood that day.  Word was the siege at Rabbah was entering the end stage and he might well be King of Rabbah any day now, so all was well with the world. Nathan came forward and asked for the King’s indulgence, but he had a story he thought the King needed to hear.  “Say on,” said David.  “Well,  it’s like this.  Sire,  if you will,  look with me through the window of imagination and hear the tale of a good man, poor but righteous.  There are few joys in the lives of the poor.  Even so,  this good man had bought a little ewe lamb.  She was the joy of his life, more daughter than anything else.  He doted on her and she sat at table when he ate and retired to his bed at the sleeping hour.

Nearly across the road there was a man,  rich with flocks and herds.  He lived lavishly, every meal was Thanksgiving Day and he never wore anything but the ultrafine Egyptian linen.  He paid little attention to anything other than the interests of his own ego, but he did notice his neighbor’s doting on his pet sheep.  It was a little excessive.  He offered to buy the animal,  offered a lot of money.  He didn’t want the lamb,  he just enjoyed fooling with the poor man.  His neighbor, though in need, never considered his extravagant offers as he loved the lamb more than life.

However, one day the rich man’s college room-mate came through town and stayed the night.  Deep in their cups,  the rich man told his buddy the story of the ridiculously poor man who wouldn’t part with his pet for any amount of money. The guest wanted to see this beauty and off they went.   No one really remembered what happened but before the whole sick episode was over,  the poor man’s lamb was dead and the buddies shared the lamb with mint sauce for dinner that evening. 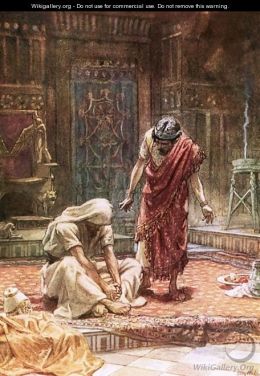 David was livid!  At heart a good man,  he couldn’t bear to think of that man’s pet being snatched when the host had hundreds of his own.  “That Jerk deserves to die for that little stunt!  He should pay back at least by a factor of four,”  he shouted!  Nathan stalked up the first two steps toward the throne,  looking David straight in the eye, “the jerk is you, Majesty!” Suddenly,  the window of Nathan’s story became a mirror and David saw his reflection. It was ugly.

If we are going to become whole as people and our church is going to be a healing community, then we must operate more and more in the open spaces. We are called to wholeness – to health. We must embrace the working of the Spirit in the unpredictable, risky and uncontrollable parts of our lives.

The Church is to be a healing community. We are being healed and as we are healed the community is strengthened for its work. Let us pray that our blindness will decrease and our openness to God and each other will increase.  This is the resurrection working in us springing up to eternal life through Jesus Christ our Lord.