Faith with Representation of the Arts (1885) Nicolo Barbino

Earlier today,  I received an email from a fellow priest in the Diocese of West Tennessee requesting a definition for the word, “Faith.”  I began to respond and suddenly the spirit of whimsey seized me (as it does) and this is what came off the keys.

Dear Margaret, bearing in mind that I hallucinate, these are my thoughts on a definition of Faith.

Faith, the sister of Love and Hope, travels with their first cousin, Grace and also in the company is that scamp, Doubt.  Be not deceived, sister, Doubt is no friend or confederate of the evil one. He is, as the Romans put it the devil’s advocate, raising questions, requiring new insight and maturity as the womenfolk  consider their next step on the way to God.  He is the life of the party every time the Virtues gather, wherever they gather for respite.  So, let us be clear, for once please, Doubt is not the opposite of Faith (they are actually rather fond of each other).

No, the opposite of doubt is Certainty!  The pompous twit would rearrange a two car funeral procession. There no reasoning with him at all, because if it is worth having, he has it already.  He can barely stand the sight of Doubt; never been close.  It is funny to watch Pompous Uncle Certain, plug his ears with his thumbs, singing the Doxology at the top of his lungs as he dashes for his happy place.  If you didn’t know better, you might think that in a deep place, Old Certain may be afraid that the Good News is not true after all.

Meanwhile, Faith, with her high tolerance for ambiguity, moves on her way, often joined by her sisters.  Grace shows up regularly with refreshments for the journey.   It’s more fun to move into the region of hoped for and not seen, when you don’t know the surprises the Holy One has planned for those that love him.  Having staked the whole wad of all that matters on the worthiness of God, Faith moves into the future toward God, remarkably serene.  Oh, she has her moments.  Hope is prone to wander off from time to time looking for prospects which is  anxiety producing for Faith.  Fortunately, love, ever loyal, is with her always.  Let us mention, Faith’s best buddy, Gratitude.  Everyone was ever so grateful to Grace, because, without her, The Virtue Sisters would never have gotten a hotel room that time in Billings, Montana. I digress.

When you preach, Sunday remind those good people, that Faith grows stronger with exercise.  I’m sure you can actually define any of the sisters, but faith is the most sturdy when her sisters support her. And don’t forget Grace, where would any of us be if she didn’t introduce to the most interesting people in the most unusual places.  You’d almost think it was all planned.  Some think so, others, you know just live by Faith.

In hope, faith and love, entertained by doubt, in spite of the facts.  John+

Every so often,   I have a glimpse of what appears to be the movement of the kingdom.  Only the other day I read how an alcoholic mother abandoned her baby in the edge of the desert. When he was discovered, he was alive. While not in good shape, he was alive, the medical types said, because a pregnant dog nursed that little boy child and he lived.  I wept.

6 The wolf shall live with the lamb,
the leopard shall lie down with the kid,
the calf and the lion and the fatling together,
and a little child shall lead them.
7 The cow and the bear shall graze,
their young shall lie down together;
and the lion shall eat straw like the ox.
8 The nursing child shall play over the hole of the asp,
and the weaned child shall put its hand on the adder’s den.
9 They will not hurt or destroy
on all my holy mountain;

The Antitype of the peaceable kingdom appears in the person of an emaciated baby boy and a poor old hound dog. I trust someone was good to her. Jesus told us we would encounter him among the poor.

Here we encounter the holy one in a pitiful but holy nativity.

This past weekend we held SOULWorks 4 weekend, based on Cursillo but done in house. Piety, Study, and Action are the three movement rhythm of faith, animated by a mysterious, ubiquitous grace.  I was stuck today how the Angelic Doctor’s remarks correlate this teaching.  JWS 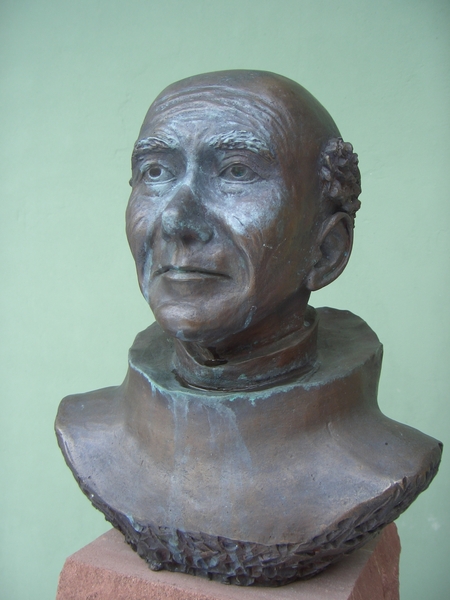 The life of action is the home of contemplation.

“Life is not primarily a quest for pleasure, as Freud believed, or a quest for power, as Alfred Adler taught, but a quest for meaning.” ~ Viktor Frankl, Man’s Search for Meaning

I begin with the last verse of Chapter 12…so, after receiving the piece of bread,   Judas immediately went out. And it was night.  Yes, night had fallen as the sun disappeared in the West. But… when they saw the back of Judas retreating down the stair, almost as if a switch was thrown, the mood quivered and flattened into silence. The company of disciples, mood dimming listened with the ears of their souls. And it was night.  It was night.

It was night, when Jesus squared his shoulders, cocking his head slightly to the right, appearing to hear.  This they knew.  He did it often, especially when one of them hunting him in the dim light of dawn, came upon him praying with a faraway stare, head turned listening.

Rising, he turned and as if returning from a distance and said, “Now the Son of Man has been glorified, and God has been glorified in him.” They had followed him too far to mistake his words. “Glory,” was not the lockstep of Legions, Triumph in a chariot, the conquered trialing dejectedly along in the dust.   That was the Messiah of most Jews understanding. “David, now that was a King, I tell you. He would have driven the Romans straight through Caesarea into the sea.”

Are we different, beloved?  We have less excuse this side of the resurrection. We no less than they, want the God of our understanding or rather our ego’s understanding.   The gospel of prosperity, manifest destiny or Christendom, all fall short of the Glory of God revealed on that hill on that Friday.  Now, that was God-shaped glory.  We, who believe, are better for it.  God’s glory always first suffers first, them and only then resurrection.  Egos always hope for easier. Egos look for gain.  What egos never understand is that death always precedes resurrection.

I believe that Jesus was deeply moved by his love for these men. The expression, “Little children” is found nowhere else in the New Testament. I see it as a term of endearment, used privately.  “Boys”, he said, “this is the end of the road for our happy band.  Where I am going you cannot come.”  They were used to Jesus’ odd remarks, but this sounded terminal.”

I give you a new mandate (origin of Maundy) tonight.  “You know how much I love each of you.”  He paused, gathered himself and continued, “I need you to love each just the same. Through all our adventures, people have marveled at our relationships.  That is how they will know you are my disciples, when you love each other with a graceful, even reckless disregard for self for the sake of others.”

All too often, the line, “Behold those Christians, how they love one another,” is quoted ironically, given our propensity for emotional violence over any number of vain contentions.

That being said, turn to the Acts reading for today.  How does the Love mandate look in practice? This story is told three times in Acts.  Clearly it is an important story.

Peter is wandering around and things began to happen.  Raised Dorcas from death to life. Last week’s lesson ends with Peter settling down for a long visit with a man who was known as Simon, the Tanner.  Leather works smell nasty.  I suppose the sea would be a good place to live given breezes.

The first crisis of those who followed the Way was the “kosher” wars.  How dare you go to dinner at a Gentile house?  You might as well as gone to The Rendezvous for pork ribs! What do you mean the Gentiles have accepted the Word! You can’t be serious!

For example, let us suppose that sentient humanoid folk show up on Earth.  H.G. Wells notwithstanding, we found them friendly, less warlike than we.  This would throw all sorts of wrenches into the cogs of creeds and screeds.  For the sake of conversation, let us call them, “the others.”

The central issue for us is this, Did Jesus die for the sins of others, or just for us?  Actually the first question is, “Do others need salvation or not?”  Do they sin?  Was the Incarnation, passion and resurrection of Jesus felicitous for earth or for all planets?

This is the very crisis that the Jews found on their doorstep.   It never occurred to them that Gentiles would be interested, let alone accept the word.  They didn’t want Gentiles meddling with a salvific system of the Jews, by the Jews and for the Jews.  Not only did they think Gentiles would hit hell wide open, they were glad and eager to buy tickets for the occasion. It would be nice if they were at least remorseful about it, but that’s a sin for another day.We do know that people are hungry to experience God directly, personally and in a way that reorders our very lives, beginning with the deepest longings of our hearts.

Peter had a vision (dream while awake).

This Happens a second and a third time.

About that time, God said to Peter, BYW, there are some Gentiles about to ring the bell downstairs.  I know it’s not kosher but you go with them. You hear? And Peter did just that.

He and the messengers went to Cornelius the Centurion.

Carl Jung called this overlap, Synchronicity:  Inner and outward life impact the other in a meaningful but acausal way.”

What would have happened if Peter refused to pay attention to the trance? He could have blamed it on being hungry at lunch time.

The Good News of God in Christ must be for any and all or it is not Good News for any.  Entrance into that company is a matter of grace.  They’ll let anyone in.  I don’t know about you but I’m real glad that is the case, given my background. At Saint John’s we have low standards, not no standards!

I first visited York Minster in 2009.  This window removed a year earlier for conservation was replaced by the world’s largest photocopy.  This year is the year of re-installation of what is the largest Gothic stained glass panel on earth.  Take a moment and listen the extraordinary care and time required to restore this treasure, not only of our Anglican Church and the United Kingdom but all people.