Mentoring as Cure of Souls

Down deep, men and women began/begin to feel a yearning to be connected with others in a way that didn’t rely on a cable, keyboard, or cell tower. 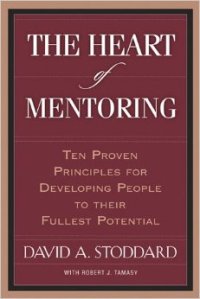 The September 2005 special edition of Newsweek’s “Spirituality in America” sums up our spiritual hunger very well: “Today, then, the real spiritual quest is not to put another conservative on the Supreme Court, or to get creation science into the schools. If you experience God directly, your faith is not going to hinge on whether natural selection could have produced the flagellum of a bacterium. If you feel God within you, then the important question is settled; the rest is details.” Again…  David Stoddard.

A Christianity which is not basically mystical must become either a political ideology or a mindless fundamentalism. Watts, Alan W.. Behold the Spirit: A Study in the Necessity of Mystical Religion.

This is exactly the situation in the second decade of the 21th Century. On the left the Church is political ideology and the right is brain dead fundamentalism. Betwixt and between these camps of true believers lies the company of the beleaguered.

Many do not know that before he was a Buddhist  Master,  Alan was Father Watts, Episcopal chaplain at Northwestern University,  Evanston, Ill.  The following long quote is from Behold the Spirit, a work that I consider a classic.  His critique of the present condition of the Christian Church in America was made in 1947.  The man was a prophet. Perhaps if anyone had listened he might well remained a Christian.

Fr. Watts continues,  “Naturally, institutional Christianity will, in its present form, continue to supply the demand which remains for a monarchical religion. But a considerable number of ministers and even congregations—not to mention millions of reasonably intelligent young people—realize that churches must “put up or shut up,” and that the chief business of religious facilities and assemblies is to provide a social milieu for religious experience. This is no mere matter of changing the externals—of having rock bands instead of organs and Kyrie eleison set to jazz, nor even of turning churches into social service centers with the idea that t*his would be practicing Christianity seven days a week instead of just talking it on Sundays.

Indeed, one may well hope that monarchical Christianity will not be practiced, even on Sundays, since the dutiful spirit in which it dispenses charity breeds resentment in the giver and the receiver alike, for when the one gives with reluctance the other receives with guilt. Ministers and their congregations must instead consider what need there may be for churches as temples for contemplation and meditation, stripped of the courthouse furniture of stalls, pews, pulpits, lecterns and other equipment for throwing the Book at captive audiences. They must consider also the need for retreat houses and religious communities, and for guidance and instruction in the many forms of spiritual discipline which are conducive to mystical vision. They must further consider whether, as things now stand, they are even able to offer such services—sorely neglected as they have been in theological education. Obviously, if Christian groups cannot or will not provide mystical religion, the work will be (and is already being) done by Hindus, Buddhists, Sufis, unaffiliated gurus, and growth centers. Churchmen can no longer afford to laugh these things off as cultish vagaries for goofy and esoteric minorities—as if any intensive practice of religion had ever, anywhere at any time, been of interest to the majority of people. Again… Watts, Alan W.

At others he only feels it as an unexplained void in the heart. The present low ebb of Church religion consists in the fact that rarely, even for Church people, does it give the soul any knowledge of union with the reality that underlies the universe. To put it in another way, modern Church religion is little concerned with giving any consciousness of union with God. It is not mystical religion, and for that reason it is not fully and essentially religion. Also…”

A letter from Evelyn Underhill to Archbishop Lang (Found among her papers. c.1930)

The  Most Reverend and Right Honourable,  Archbishop Lang of Canterbury MAY it please your Grace:

I desire very humbly to suggest with bishops assembled at Lambeth that the greatest and most necessary work they could do at the present time for the spiritual renewal of the Anglican Church would be to call the clergy as a whole, solemnly and insistently to a greater interiority and cultivation of the personal life of prayer. This was the original aim of the founders of the Jerusalem Chamber Fellowship, of whom I am one. We were convinced that the real failures, difficulties and weaknesses of the Church are spiritual and can only be remedied by spiritual effort and sacrifice, and that her deepest need is a renewal, first in the clergy and through them in the laity; of the great Christian tradition of the inner life. The Church wants not more consecrated philanthropists, but a disciplined priesthood of theocentric souls who shall be tools and channels of the Spirit of God: and this she cannot have until Communion with God is recognized as the first duty of the priest. But under modern conditions this is so difficult that unless our fathers in God solemnly require it of us, the necessary efforts and readjustments will not be made. With the development of that which is now called “The Way of Renewal” more and more emphasis has been placed on the nurture and improvement of the intellect, less and less, on that of the soul. I do not underrate the importance of the intellectual side of religion. But all who do personal religious work know that the real hunger among the laity is not for halting attempts to reconcile theology and physical science, but for the deep things of the Spirit.

We look to the Church to give us an experience of God, mystery, holiness and prayer which, though it may not solve the antinomies of the natural world, shall lift us to contact with the supernatural world and minister eternal life. We look to the clergy to help and direct our spiritual growth. We are seldom satisfied because with a few noble exceptions they are so lacking in spiritual realism, so ignorant of the laws and experiences of the life of prayer. Their Christianity as a whole is humanitarian rather than theocentric. So their dealings with souls are often vague and amateurish. Those needing spiritual help may find much kindliness, but seldom that firm touch of firsthand knowledge of interior ways which comes only from a disciplined personal life of prayer. In public worship they often fail to evoke the spirit of adoration because they do not possess it themselves. Hence the dreary character of many church services and the result in the increasing alienation of the laity from institutional forms.

God is the interesting thing about religion, and people are hungry for God. But only a priest whose life is soaked in prayer, sacrifice, and love can, by his own spirit of adoring worship, help us to apprehend Him. We ask the bishops . . . to declare to the Church and especially its ministers that the future of organized Christianity hinges not on the triumph of this or that type of churchman’s theology or doctrine, but on the interior spirit of poverty, chastity and obedience of the ordained. However difficult and apparently unrewarding, care for the interior spirit is the first duty of every priest. Divine renewal can only come through those whose roots are in the world of prayer.

THE TWO things that the laity want from the priesthood are spiritual realism and genuine love of souls. It is by these that all Christian successes have been won in the past and it is to these that men always respond. We instantly recognize those services and sermons that are the outward expression of the priest’s interior adherence to God and the selfless love of souls. These always give us a religious experience. On the other hand, every perfunctory service, every cold and slovenly celebration (for these are more frequent than the bishops realize because when they are present, everything is at its best), is a lost opportunity which discredits corporate worship and again reflects back to the poor and shallow quality of the Priest’s inner life… It is perhaps worthwhile to recall the humbling fact that recent notable secessions to the Roman Catholic communion have been caused by declaration by a felt need of the supernatural which the Church of England failed to satisfy, while the astonishing success of the Oxford Group Movement among young people of the educated class witnesses to the widespread desire for an experience of God unmet by the ordinary ministrations of the Church. History shows that these quasi-mystical movements among the laity do not flourish where the invisible side of institutional religion is vigorously maintained.

Churchyard of Saint John at Hampstead where Evelyn and her husband are buried.

I know that recovering the ordered interior life of prayer and meditation will be very difficult for clergy immersed increasingly in routine work. It will mean for many a complete rearrangement of values and a reduction of social activities. They will not do it unless they are made to feel its crucial importance. This will not be achieved through “schools of prayer” which stimulate the mind rather than the spirit. But the solemn voice of the united episcopate, recalling the Church to that personal, realistic contact with the Supernatural which has been since Pentecost the one source of her power, will give authoritative support to those who already feel the need of a deeper spirituality and will remind the others that the renewal of a spiritual society must depend on giving absolute priority to the spiritual life.

I venture to put before the conference the following practical recommendations: (1) Education of Ordinands— That the bishops shall emphasize the need and importance of a far more thorough, varied, interesting and expert devotional training in our theological colleges which, with a few striking exceptions, seem to me to give insufficient attention to this vital part of their work. (2) The Clergy— That they should call upon every ordained clergyman, as an essential part of his pastoral duty and not merely for his own sake: (a) To adopt a rule of life which shall include a fixed daily period of prayer and reading of a type that feeds, pacifies and expands his soul, and deepens his communion with God; b) To make an annual retreat; (c) To use every endeavour to make his church into a real home of prayer and teach his people, both by exhortation and example so to use it.

O God, Origin, Sustainer, and End of all your creatures; Grant that your Church, taught by your servant Evelyn Underhill, guarded evermore by your power, and guided by your Spirit into the light of truth, may continually offer to you all glory and thanksgiving and attain with your saints to the blessed hope of everlasting life, which you have promised by our Savior Jesus Christ; who with you and the Holy Spirit, lives and reigns, one God, now and for ever. Amen

The Collect for The Feast of  Evelyn Underhill  – June 15

The symbols of the sacraments no longer simply point to something: they also enable us to participate in it.  David Brown & David Fuller.  Signs of Grace: Sacraments in Poetry and Prose, [1X]

2 thoughts on “Things I’ve Been Chewing On Since Pentecost”