“Anyone who wants to know the human psyche will learn next to nothing from experimental psychology. He would be better advised to abandon exact science, put away his scholar’s gown, bid farewell to his study, and wander with human heart throughout the world. There in the horrors of prisons, lunatic asylums and hospitals, in drab suburban pubs, in brothels and gambling-hells, in the salons of the elegant, the Stock Exchanges, social meetings, churches, revivalist gatherings and ecstatic sects, through love and hate, through the experience of passion in every form in his own body, he would reap richer stores of knowledge than text-books a foot thick could give him, and he will know how to doctor the sick with a real knowledge of the human soul.” -Carl Jung 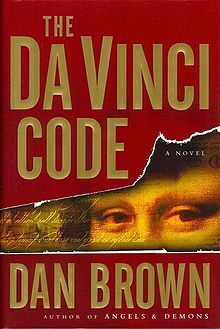 In November, 2002, I led three conversations about the issues raised in The Da Vinci Code. Months earlier the cover caught my eye in a bookstore. Because I have a long fascination with Leonardo (he is never called Da Vinci), I bought to read as a diversion. I found nothing new there but it was a good page-turner. Then an interesting phenomenon arose. People old and young, male and female began to ask my opinion of the Code particularly could it be true that Jesus and Mary of Magdala were married and perhaps even had a child. These questions continued through the summer with such frequency that I realized that this book provided a teachable moment. I prepared to have a conversation about the book with interested members of the congregation I serve. A press release was sent to the newspaper and they wanted an interview. The publicity produced six hundred attendees at the first gathering. Toward the end of that first meeting a woman stood up and said, “We are here tonight because we are searching.”

What about the novel by Dan Brown brought so many people into church for a conversation? When questioned by a reporter about why I thought so many people were reading this book, I replied, “It is filled with delicious Christian heresies.” We are talking junk food for the soul, good tasting but of dubious nutritional value. Did Jesus marry Mary from Magdala and have genetic descendents? The Last Temptation of Christ, another novel, considers that marrying his girl Mary, having children and growing old as an ordinary human being was indeed the last and perhaps most pernicious temptation Jesus faced. There is no compelling evidence that Jesus married at all. But people are asking, “what am I to believe and why?” That is a very valid and enduring question.

The church teaches that Jesus is fully human and fully god. I believe that he is? That is an act of faith for me but increasingly I suspect that it is true because it is not the easy way out. Humanity likes the quick fix, the black or white option – clear cut and simple. Heresy, from the word, “to choose”, is the tendency to choose a part of a notion and carry it to a logical conclusion thereby ignoring the complexity and richness of the fuller reality. As Northrop Frye writes in his book entitled, Anatomy of Criticism, “…the full metaphorical statement “Christ is God and Man” is orthodox, and the Arian and Docetic statements in terms of simile or likeness (are) condemned as heretical.” The heresy is to not be willing to live with the tension of the paradox, but rather to want reality easily understandable.

The Da Vinci Code introduces many people to the fact that there were many weeds in the early garden of Christianity. There are many reasons that they didn’t become the dominant form of Christianity. In some cases they couldn’t compete in the marketplace of ideas and in others they were eradicated by the political power of the state allied with the church. The church has not always covered itself in glory by mercy and justice.

All that notwithstanding I think the principle reason that classical Christianity endures to the present is the fact that the easy way was not the way chosen. The fact that the church chose the way of paradox and ambiguity as the most authentic way to live in the mystery of God revealed in Christ is the most telling reason for the enduring power of its life and message. That is how I explain six hundred people showing up on a Wednesday night to talk about a novel.