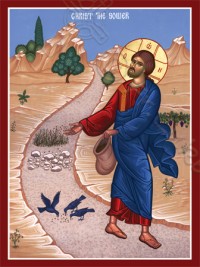 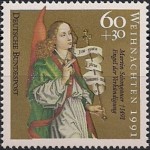 One day God was looking down on Earth and saw of the despicable behavior that was going on. So he called Gabriel, the head of communication for heaven, and sent him to earth to observe the situation. When he returned, he told God, “Yes, it is bad on Earth; 95% are misbehaving and only 5% are not.”

God though for a moment and said, “Maybe I had better get a second opinion.” So God called Michael, the chairman of the joint chiefs of staff of heaven, and sent him to survey the situation. Michael reported, “Yes, it’s true. The Earth is in decline; 95% are misbehaving, but 5% are faithful.”

God was displeased. So He decided to e-mail the 5% who were being good, because he wanted encourage them…give them a little something to help them keep going. Do you know what the e-mail said — Okay, just wondering; — I didn’t get one either…

Actually all of humanity got the E-Mail in the person of Jesus, the Christ, which leads me to the Gospel reading for today. Jesus tells us that the seed is the word.

THE WORD OF GOD IS CATHOLIC — UNIVERSAL.
The word is working everywhere at all times whether we know it or not. Even when we think it is not present at all the word is working. Jesus taught this from beginning to end. The kinds of soil described cover all the conditions and circumstances of humanity. The word of God is true then and now, in and out, up and down. No one is beyond the scope of its power and life giving grace. The seed is universal in its potential.

THE WORD OF GOD, THE SEED OF THE KINGDOM, IS MYSTERIOUS. 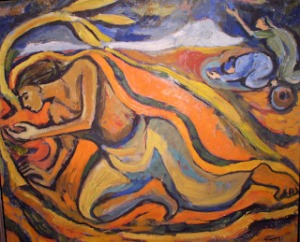 Why choose seed as an image? Seed are tiny in comparison to what they produce. The seed falls into the earth and in the process of producing a new plant disappears or dies. Notice how this describes the life and ministry of Jesus.

In fact in John’s Gospel he uses this very imagery when he says, “Unless a grain of wheat falls into the earth and dies it remains just a single grain; but if it dies, it bears much fruit.” The life, ministry, death and resurrection of our Lord is mysterious. He dies, rises, and ascends. As God’s ways are not our ways, we have faith that the mysterious word is working even when we can’t see its action.

THERE IS HOSTILITY TO THE GOOD NEWS OF THE KINGDOM

On nearly every page of the New Testament there is hostility.

He appears to lose by dying on the cross. But that is not the end of the story. We can get so focused on the hostility to the word that we are almost convinced that the seed is without power. But the seed is still the word of God regardless of the hostility to it. Let us never forget that. It is the Word alone, and not the interference with it, that finally counts.

As Capon puts it, “the fullest enjoyment of the fruitfulness of the Word is available only to those who interfere with it least.”

THE RESPONSE TO THE SOWING OF THE WORD IS MADE IN THE FINAL THRUST OF THE PARABLE.

How we respond to the word makes a difference not in the power of the word but in how that power affects us. Jesus, the Word, came into the world to become the first of many brothers and sisters, the first fruits of them that sleep..

Our choice is not whether the Word will achieve his purposes. BUT whether we will enjoy his achievement OR find ourselves in opposition to it.

This is the parable of the Sower! Where I came from, the focus was on the soils and which one we were . See how the focus shifts from what the Sower is doing to what we think about it.

But look at the good news! Granted it is only good news in the Kingdom, but that is the only place that matters. This is the sort of Sower that no prudent farmer would tolerate. The only folk that would approve would be the seed companies for obvious reasons.

What a wastrel is the Sower! In full-swing he flings and slings the precious seed everywhere without regard. Avant-garde, comes the Kingdom. Like nard poured by Mary,  no actuary could calculate such waste; but beloved it is WASTE based on GRACE.