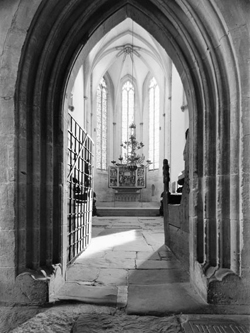 Ursula Fleming never pretended to be an Eckhart scholar, but no human being influenced her more profoundly than did Meister Eckhart – not even Marco Pallis, and that is saying quite a lot. When, in her teens, she abandoned her Catholic religion, intending to become a Buddhist, she turned for spiritual guidance to Pallis –mountaineer, musician and philosopher as well as a Buddhist himself – but he told her: ‘Go back to the religion of your birth. Go back to the Sacraments. And read Eckhart.’ When, having done what her spiritual guide told her, she said to him: ‘I like Eckhart but I only understand fragments of what he is saying,’ Marco Pallis replied: ‘Don’t try to understand him. Just go on reading him’

And, years later, we find her repeating this very same advice to all sorts of groups of people – saying, for example, ‘Don’t try to understand Eckhart too much. Don’t try to work it all out. Just read it.’ Really, one could easily get the idea that the writings of Eckhart were just a collection of aphorisms!

Yet it is obvious that Ursula was not at all one of those people attracted to Eckhart because they have the illusion that Eckhart lived in a gorgeously thick mystical cloud. And all the people who knew her, both admirers and critics, were aware that she was not the kind of person who believes that hard clear thinking doesn’t really matter. We find her writing:

“Meister Eckhart says that the man who finds no taste of God wearies of looking for him. One of the criticisms of Christianity, and one of the reasons why many young Christians turn to the East, to Buddhism or to Hinduism, is that in Christianity there is no apparent help with method. How do we find God? How do we even start? Eckhart is one of the Christians who faces this and accepts it as a problem. Good intentions are not always enough. We need instruction in how to make ourselves fit to receive the revelation of God, to receive the eternal birth”  (Fleming, 1995)

‘Help with method’ – this, perhaps surprisingly, is what she found in Eckhart. And Ashley Young, the General Secretary of the Eckhart Society, writing about Ursula’s Eckhart reader of 1988 entitled The Man from whom God hid Nothing, said that the book was above all ‘about the usefulness of Eckhart.’ (Fleming, 1995, p. xii).

Eckhart was certainly not a muddled thinker. He was an outstanding theologian at the period when scholasticism was at the peak of its prestige – in fact, when it was the dominant influence in Western European thought. And, whatever reservations many of us may have today about scholasticism, there is no doubt about the importance scholasticism gave to logical soundness in argument, to scrupulous analysis of theses, and to systematising. Eckhart knew how to organise his thoughts. 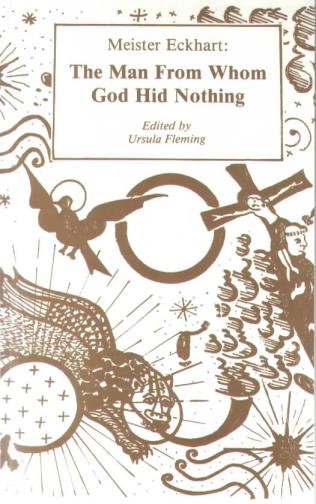 However, if what we are looking for is a guide to the spiritual life suitable for people who are not academics, obviously it will not be Eckhart’s Latin works, which were predominantly written for academics, that we will turn to, but his German sermons. Generally speaking, sermons, as a genre, are not ideal for instructing people in spiritual development in a simple systematic way, unless they are being given to a regular audience. And Eckhart’s sermons, however substantial, were always sermons, not lectures, and few were composed as a cycle – a series. The theology in Eckhart’s German sermons has foundations as solid as the theology in his Latin works, but tracing ideas in Eckhart’s German sermons usually involves jumping to and fro all over the place.

There are, though, a handful of exceptions to this general rule. And the first of Eckhart’s cycle of four sermons on the eternal birth of the Word in the ground of the soul (a sermon-cycle very probably preached to his fellow Dominicans) sums up nearly all the most important aspects of Eckhart’s teaching on spiritual maturity – teaching at the heart of what he has to say to us about ourselves (Sermons 1–4, Walshe, 2008). In this brief exploration of how Eckhart set out to help people to develop a deep spirituality I will focus mainly (though not entirely) on sermon 1. I will then turn briefly to sermon 9. The sermon numbers I use throughout are those of Walshe (2008).

One of Ursula’s more provocative remarks was that human nature is such that, whatever we may seem to be doing or however far we may seem to be from the mark, we are really searching for God (Fleming, 1995). She was prompted to say this by Eckhart’s assertion that when we go out of ourselves to find God or fetch God we are making a mistake: that, on the contrary, we do not find God outside ourselves and we should not conceive him except as in us – that our best chance of finding God is where we left him.

The Birth of the Word

Yes, where we left him! Eckhart’s most distinctive teaching is probably his teaching that the eternal birth of the Word from the Father is ‘now born in time, in human nature’ … that, if nothing separates our souls and God, the birth of the hidden Word can take place in the depths of our souls. This teaching of his he refers to over and over again in his sermons. However, it is in sermon 1 that he focuses on the ways in which we must change for this birth to take place in us. As he says himself at the beginning of that sermon (Walshe, 2008, sermon 1):

‘What does it avail me that the birth is always happening, if it does not happen to me? That it should happen in me is what matters.’ So said St Augustine [he didn’t, actually!]. We shall therefore speak of this birth, of how it may take place in us and be consummated in the virtuous soul, whenever God the Father speaks His eternal word in the perfect soul.”

END_OF_DOCUMENT_TOKEN_TO_BE_REPLACED

2. When you lose, don’t lose the lesson.

4. Remember that not getting what you want is sometimes a wonderful stroke of luck.

5. Learn the rules so you know how to break them properly.

7. When you realize you’ve made a mistake, take immediate steps to correct it.

8. Spend some time alone every day.

When you are going through difficulty and wonder where GOD is, remember that the teacher is always quiet during the test. (Photo credit: deeplifequotes)

9. Open your arms to change, but don’t let go of your values.

10. Remember that silence is sometimes the best answer.

11. Live a good, honourable life. Then when you get older and think back, you’ll be able to enjoy it a second time.

12. A loving atmosphere in your home is the foundation for your life.

13. In disagreements with loved ones, deal only with the current situation. Don’t bring up the past.

14. Share your knowledge. It’s a way to achieve immortality.

16. Once a year, go someplace you’ve never been before.

18. Judge your success by what you had to give up in order to get it.

We believe and affirm that God was with us in the past, is present with us today and will be with us tomorrow.  We must be careful to realize that while that is indeed true, God does not “do” time. God is outside time and space.  Jesus by his incarnation “entered time and space,” really becoming one with us, that is the point!   He will be with us even to the end of the age.

Why do Christians have the Old Testament?  The Muslims certainly knew both testaments of our Bible and they kept neither but started over.  The Jewish holy texts remain our holy texts because the disciples read for and found Jesus there, so the Hebrew Scriptures become the first volume of a two volume revelation. After the resurrection his followers finally realized that what they wanted they were not getting, however, what they got was better. 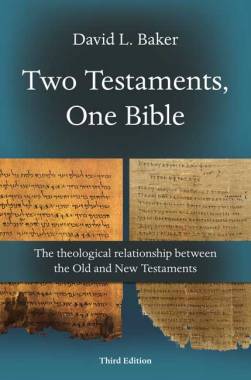 That was not clear at first because they were looking for David, a type of Hercules or Alexander the Great, to thump the wicked, restoring Israel to her place in the sun.  I’ve always found it interesting that on the way to Emmaus after joining the party, Jesus opened the Scriptures showing how Messiah had to suffer and die. (I wish Cleopas had published his notes).

What he explained on the road, was that what they believed about Messiah was indeed true but incomplete and that the triumph of Messiah was at the end of the age not then.  Their desperate need threw off their timing.   What are we desperate for today?  Is it possible that what we want is less than God wants for us?  Remember that Columbus was on his way to the Orient when he bumped into the Occident.  What Columbus accidentally found was better than what he looked for!

O Lord, we are not yet as we shall be and after the dying of our illusions lies the resurrection of our true selves.   Don’t forget the promise of Columbus.  Amen.