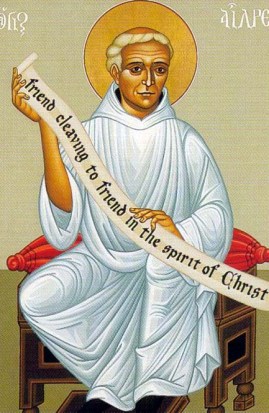 St. Aelred of Rievaulx (1109-1167) early showed signs of promise. The son of Eilaf, a Saxon priest, Aelred was educated at Roxburgh,

the ancient Scottish capital, where he was known for his intellectual talents. The DNB notes that as a child, Aelred prophesied the death of a bad archbishop of York; the DNB notes also that scholars doubt this since Thomas, the archbishop at that time, was not bad. When Aelred finished his schooling, he became the steward to King David of Scotland. He left his job c. 1133 to join the Cistercian community at Rievaulx.

He was the first abbot of Rievaulx’s daughterhouse in Revesby, Lincolnshire, but he returned to Rievaulx in 1147 to be abbot. During the last ten years of his life, his health deteriorated, and he suffered from gout and a bad cough. St. Aelred wrote his most famous work, The Mirror of Charity, at the request of Bernard of Clairvaux.

On Spiritual Friendship is a Christianized version of Cicero’s De amicitia. Aelred also penned lives of St. Ninian and of Edward the Confessor, in addition to a rule for recluses and a genealogy of the kings of England. His correspondence and his work on St. Cuthbert have been lost.  from Catholic Online 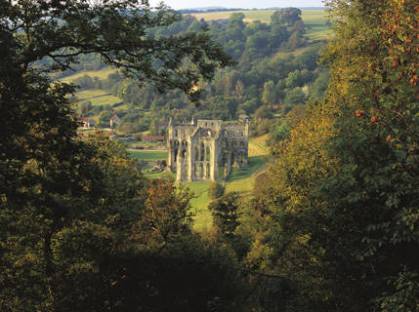