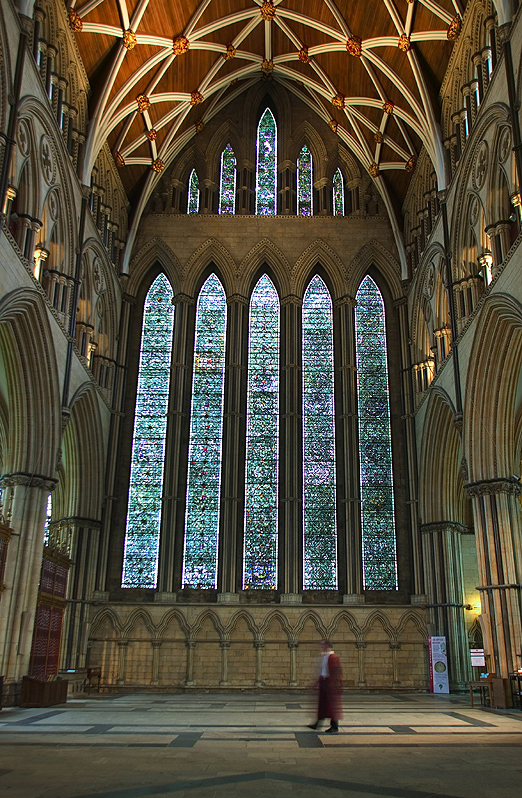 The north wall of the North Transept is filled with the imposing mixture of stone and glass that forms the Five Sisters Window. It is the oldest complete window in York Minster and dates from around the year 1260. In comparison to other windows in the building the Five Sister can appear quite dark and confusing. This is, in part, due to the excessive amount of repair leads which confuse the image, and the protective outer glazing that cuts down the amount of light entering the building from the north.

The Five Sisters is made of “grisaille” glass fashionable in the thirteenth century England. Grisaille or Cistercian glass was typically formed by painting complex foliage patterns on pieces of white or silvery grey glass. The pieces were then formed into strong geometric patterns with the skilful use of the lead cames that hold the pieces together, the lead being as integral a part of the design as the glass. Each of the magnificent lancets stands 16.3m tall and is 1.55m wide. In total the window contains over 100,000 individual pieces of glass

1 thought on “The Five Sisters Window”