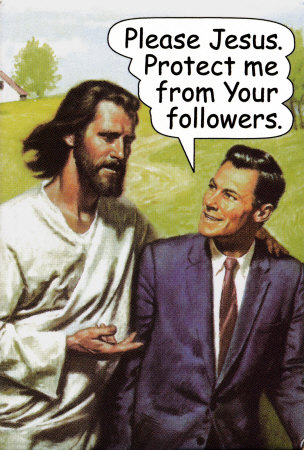 All too often in my life, I have seen the Gospel used like a blunt weapon. I recall that in a congregation of a denomination that shall remain nameless there was a cantankerous old woman who gave the folks there trouble from time to time.  At least once or twice a year she would be thrown out of the church – turned out for loudly disagreeing with the preacher and leadership of the church.  And the Gospel reading for today is the very passage they used on her.  My friend (I was in high school at the time) would keep score of the proceedings with great glee and give me a blow-by-blow account. The entire warfare was waged with great vigor. [I suspect that the people would have been disappointed had she ruined their day by behaving.]

So out she would go, only to be let back in when she repented or at least made noises that passed for repentance. That old lady may well have been one of those folks who had learned all the words but never knew any of the music. But then I never heard much singing of the music from the congregation either.

It occurs to me that how this passage is interpreted or implemented says as much or more about the community than it does the person who is tossed out.

What is Jesus up to here?  Here as so often I am indebted to Robert Farrar Capon. He points out a few things that I think give clarity to the reading. First we need to look at the context: where is this passage? What happens before it? What happens after it?  How does this fit into the economy of the scriptures? As Capon says, this is a passage (among others) which the Church has based the long-running love affair with excommunication.

The story just before this one is the story of the man who left behind 99 sheep in order to go out and find the one who was lost, which when he finds it he rejoices over it more than over the 99 that were never lost.  Why would he in the very next breath impose a three strikes and you’re out rule? Skip over today’s reading and in the next passage we find Peter asking if he should forgive someone who has sinned against him 7 times?  And Jesus, that spoil sport, says, “Don’t forgive him 7 times but 70 times 70.”   Go figure. At the very least he seems to be saying that if the unity of the community is to be broken, then work to stay connected with the offender and if someone is going to leave let them leave you. 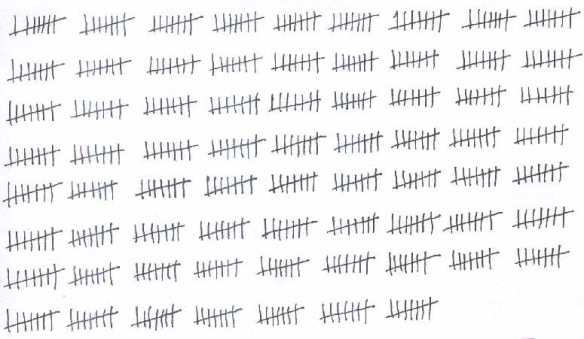 But, wait, what is it that Jesus says to the disciples?  He says, “Let those who sin against you be to you as a Gentile and a tax-collector.”   We know what Jews of the period thought of Gentiles and tax collectors.  But is Jesus a typical Jew of the first century?  No, I don’t think so?  If you think about it, Some of Jesus’ best friends were tax collectors!  The writer who recorded this was a tax collector. Jesus was amazed by the faith of the Gentile woman from Sidon. Jesus ate, drank and partied with sinners, tax collectors and such.  You can tell a lot about a person by who they will eat with.  People are often judged by the company they keep. Jesus certainly kept some questionable company. So what is he getting at? 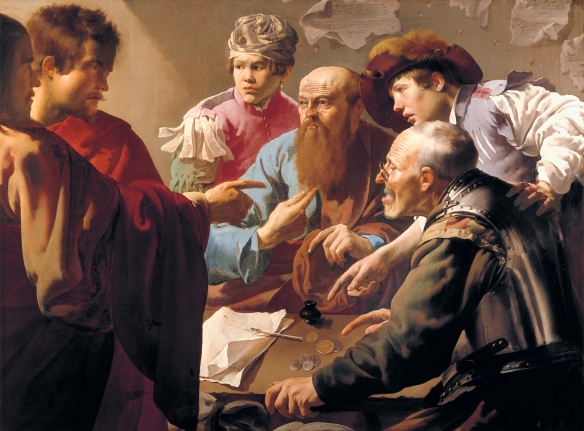 Well after the three strikes and you’re out past the passage gets even more obscure. Whatever is bound in heaven is bound on earth and whatever is loosed on earth is loosed in heaven.  And if two of you agree on earth about anything you ask, it will be done for you by my Father.  For where two or three are gathered in my name. I am there among them.”

As Capon says, it appears that the primary reference of the entire chapter is the way that forgiveness seeks out the lost. So the company of the faithful who follow Jesus are to be characterized, not by excommunication as soon as we get the third strike, but rather by a commitment to forgiveness. The Father in Heaven will ratify and confirm that forgiveness with all his grace. In addition, when 2 or 3 gather in Jesus’ name there Jesus, the Good Shepherd – the friend of tax collectors and sinners will be discerned to be among them. 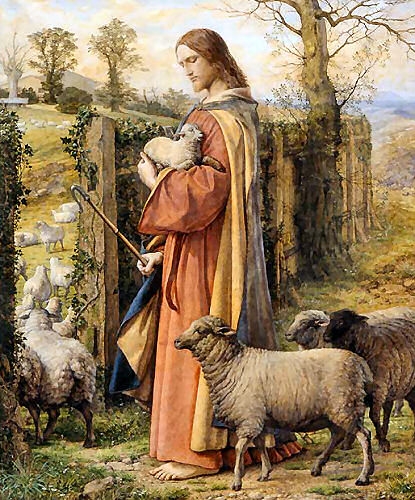 God has shown his unmotivated love, by that I mean that God’s love is not based our being lovable or pitiful. God’s love is a choice God makes that is not influenced by anything outside God. It is this kind of love God exhibits by giving his son while they were yet sinners. …Nothing can separate them from the love of God in Christ Jesus [as Paul writes in another place in this letter to the Romans…] If God’s love – his willing them (and us) the good and abundant life – has created them as a community, then on the principle of acting follows upon being, they must be a community characterized above all by the same quality and are indeed “obliged” to a community that “walks in agape/God’s love.”

You shall love your neighbor as yourself. What would happen if this described the parish of Saint John Memphis, Tennessee?  I don’t know about you but I’d like to have that kind of a reputation and I’d like to live in such a community.

We are called to be a sign to the world. A sign is a symbol that transmits that which it represents. A hundred dollar bill is a sign.  It is a symbol of the economy and it transmits that economy.  People take that specially prepared piece of paper in exchange for goods and services.  The church is to be sign: We are to be God’s people – his hand and feet transmitting the love that animates us.  We are to be the Good News!

We are to proclaim to anyone, who will listen, the resurrection of Jesus from the dead.

All too often, to our profound shame, we have not been the sign we are called to be. As Capon puts it, “We have “’rules for limited forgiveness’ – that could have been written by the Committee for the Prevention of Wear and Tear on the Righteous.” We have forgiven less than we have counted strikes.

The story is told of a knock on the door.  A woman opens the door only to be greeted by a poor man.  He said, “I’m in trouble and have nothing.  I would like to do some work, if your have something I could do to earn a little money.” The woman said, “Well I do have something you can do.  Here’s a can of paint.  Go out behind the house, there’s a porch that needs a coat of paint.   When you’re finished, I’ll pay you twenty dollars. A couple of hours passed and there was a second knock at the door.  The man said, “I’ve finished.”  She gave him twenty dollars.  He turned to walk away, stopped, turned back and said, “Oh, by the way, that’s a Ferrari not a Porsche!”

Years ago I studied communication skills called Neuro-Linguistic Programming.  The motto of that movement was, “the quality of your communication is the response that you get.”

What response are we getting?  It matters. It matters for eternity.