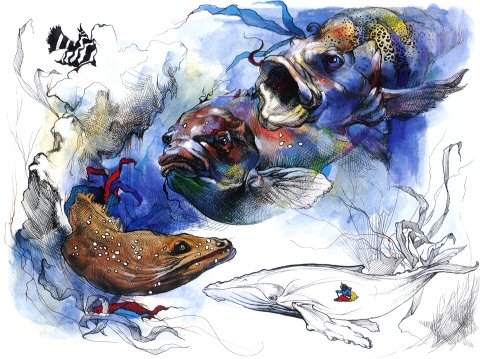 I’m beginning a study of Jonah again this evening with the young adults group. Jonah is among my favorite books of scripture, My other blog: www.johnwsewell.blogspot.com is a resource on Jonah.

This is the first posting: The minor prophets of the Old Testament are largely forgotten. I recall a cartoon from years ago where a man has arrived in heaven and is explaining to a disturbed Zephaniah that in fact he has never read his book.

Yet a few stories endure.

Some stories from the Bible are lodged deep in the unconscious of the West. We know this is so because advertisers still call on Adam, Eve and their apple, Noah his Ark and company to hawk their wares. Christianity was a religion in Europe, but in America it’s a business. If you can still animate a commercial you still inhabit the national psyche. In this biblically illiterate society the story of Jonah and the whale endures in culture memory.

The word of the Lord came to Jonah the son of Amittai telling him to go east and preach to Nineveh that great city. Jonah instead goes west toward Tarshish. Without any background or preamble the tale begins. It is a small book containing only four chapters, one is a psalm from the innards of a great fish (only a whale in English translations). In a way the book of the prophet raises more questions than it answers.

Why does Jonah leave town heading in the opposite direction?
Why does God not let him escape his call?
What does this story tell us?

There are layers and then there are layers in this tale. The text is spare and lean, the language giving no detail as to “how” the word of the Lord came to Jonah the son of Amittai. How does the word of the Lord come to us? Occasionally we think, “I wish God would just tell me what to do plainly, just straight out” as if that would be easier. It would be easier only so long as what God instructed was what we wanted to do! Jonah does not want to go to Nineveh.

The directions are one simple layer of meaning. In a literal reading they are just the directions on the map. Nineveh is east of Joppa and Tarshish is west at the other end of the Mediterranean from Israel. East and west also have a symbolic meaning. East, of course, is the direction the sun rises. Therefore it has the meaning of enlightenment, literally, and symbolically. West is where the sun sets. It is the quadrant of darkness and the direction of the unconscious. So Jonah not only physically moves away from God’s errand but also moves from enlightenment into unconsciousness. All that is in the first verses—and that is not all.

Jonah is rich for our mining.

Now the word of the Lord came to Jonah the son of the Amittai saying arise go to Nineveh that great city … But Jonah rose to flee to Tarshish from the presence of the Lord.