We want to escape the tensions of ambiguity and uncertainty, but the more energy we put into one pole of a duality, the more it takes the charge of its opposite. … How can we be free of the grip of such dualities? Chaos suggests that irony, metaphor, and humor help to move us beyond duality into a new clarity of vision. 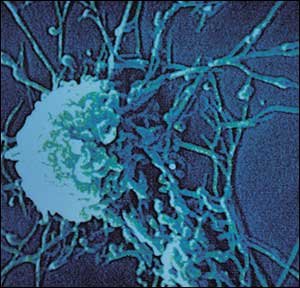 We spend a lot of time and energy willing things to be different than they are. We often assume the power we use, the water we drink and the food we eat are an entitlement rather than the hard won and precious patrimony of thousand of years of human civilization.

Yet there must be a balance. Too much control and the system no longer works. Too much chaos and things will not hold together. This tension between freedom and order is basic to reality and we are not exempt though we deny it.

I like Alf Mapp’s book The Three Golden Ages and return to it from time to time. Dr. Mapp investigates three periods of human history (Florence in the Renaissance, Elizabethan England and Colonial America) to ascertain why they were so rich in human achievement. One of the factor’s was that there was a creative tension between tradition and innovation. Too much tradition becomes hidebound and too much innovation becomes novelty and mere ornament.

Somewhere I read an interview with a Tibetan Buddhist monk who said that his goal for his life was to has 49% chaos and 51% order. Such is a good and right hope. JWS

Chaotic systems lie beyond all our attempts to predict, manipulate, and control them. Chaos suggests that instead of resisting life’s uncertainties, we should embrace them.